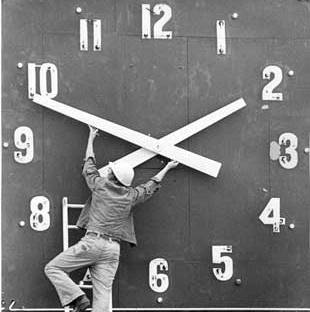 Because of the recent tragedy in our family, I’d been reflecting on what are the most important things in life. A few of the things I’d been thinking about are time and work. Don’t get me wrong. I love what I do for work. I’m thinking about how I’m going to juggle quality time with my little munchkin and being my best at work at the same time. Because of this, I’d been reflecting on about the American perception of working hard. I’d been hearing about this “working smart” idea for the longest time and I want to apply it to my life somehow.

Working smart is not about working less or not working hard at all. I think working smart is about finding the job that you’re passionate about, balancing life and work by spending quality time with your family, taking care of your health and rejuvenate, and still have time to take care of your chores.

According to the American Psychological Association, we have an overstressed nation. “As the aftershocks of the Great Recession continue to be felt across the country, money (76 percent), work (70 percent) and the economy (65 percent) remain the most oft- cited sources of stress for Americans. Job stability is on the rise as a source of stress; nearly half (49 percent) of adults reported that job stability was a source of stress in 2010 (compared to 44 percent in 2009). At the same time, fewer Americans are satisfied with the ways their employer helps them balance work and non-work demands (36 percent compared to 42 percent in 2009).” This stress could translate to physical and mental health problems.

I don’t always agree on Bill Maher’s politics but on this one he has a point: “Our politicians love to brag, “The American worker is the most productive worker in the world.”  Yeah, ’cause they work scared. That’s why a majority don’t even take all of the few vacation days they get.  Because you don’t want to seem less valuable to your boss…”

There’s a movement named, “Take back your Time” which is working on ideas for an action and a comprehensive program to win more free time for Americans. They have a website:

I’d been thinking about how this proposed bill would mean to me. I work on a contractual basis and I think about what will happen when my contract ends this year.  I really like where I’m working now which have a flexible working time. Because our government  don’t have any mandated vacation time, I worry about the next job that comes along.  Would it have the same working conditions that I have now?

I’ m also thinking about the employer’s perception on single parents. Even if there’s a considerable progress that has been made here in this country, there’s still a perception that if you’re a woman and you’re the sole provider for the child, you’re somehow limited on what you can do at work. I think that if you’re not available to work overtime because you need to pick up your child at school at a certain time or you have to take a half day off so you can be with your child  for their dance recital, it doesn’t mean that you’re not capable of the job. I think that mandating vacation time would protect my quality time for my son,  for myself and still be productive at the same time.

It’s ironic how Americans joke about how other industrialized nations have mandated vacation time with an average of 20 days paid time off on top of public holidays and sick leaves and yet, we secretly wish we have the same thing.

View all posts by theadstudio